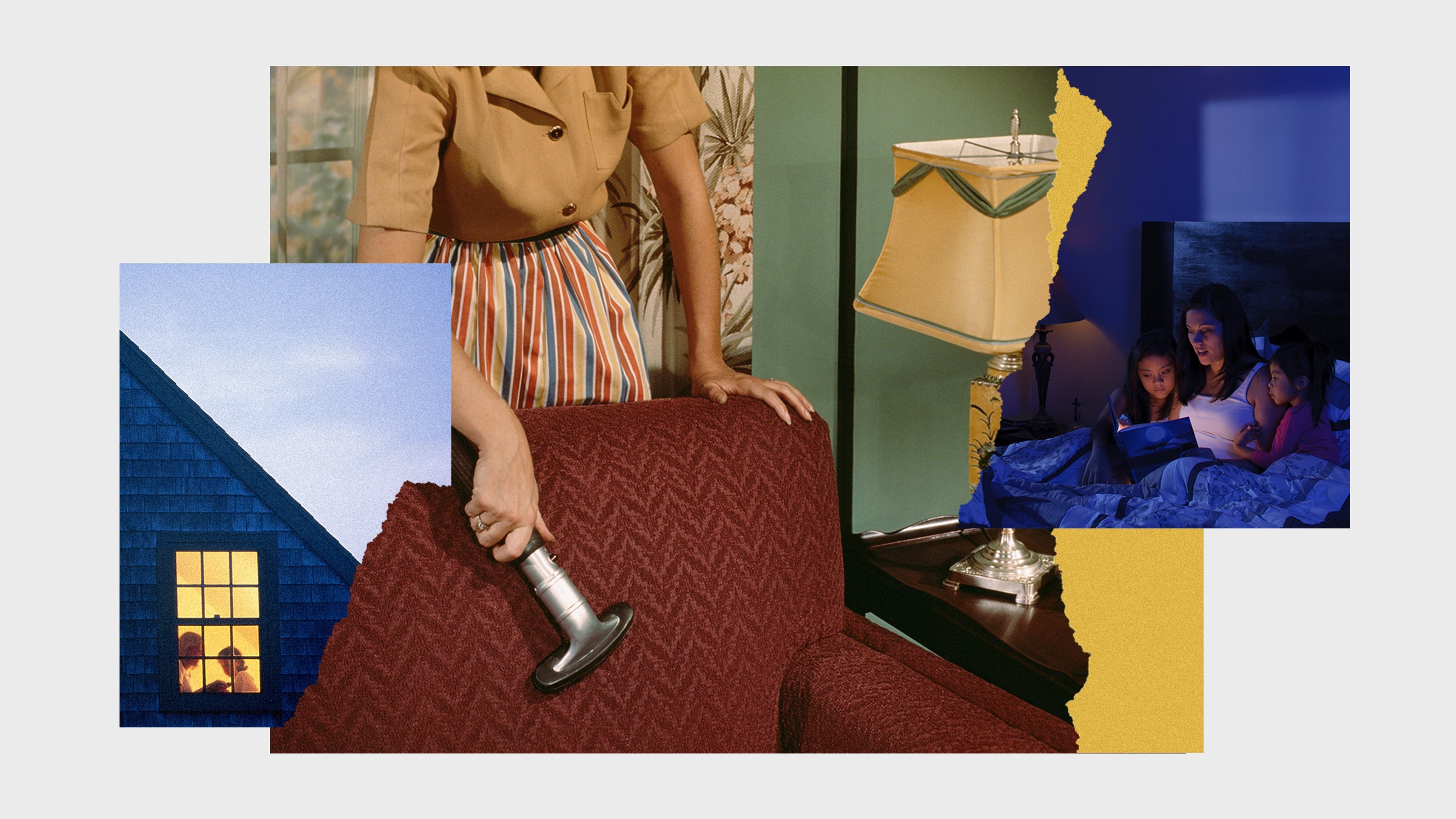 The hard truth is that men still want housewives. In the past several decades, as womenâ€™s employment has risen to match menâ€™s, men have not proportionately increased their share of work on the home front. In fact, certain attitudes seem to be regressing. Even men who consider themselves progressive and are vocally comfortable with the idea of womenâ€™s equality in the paid workplace can be unwilling, when pressed, to give up the privilege of having a woman to take care of the boring, repetitive chores. The unequal division of domestic labor is the last unfought battle of womenâ€™s liberation. And itâ€™s a battle that has, in the past, been almost impossible to fightâ€”because it plays out in in private kitchens, behind bedroom doors, in individual relationships where women cannot organize collectively.

Hundreds of years ago, almost everyone worked from home. Before the industrial revolution, there was little distinction between the work that went into making the things a family could sellâ€”meat, grain, cloth, artifactsâ€”and the work required to keep that family functional. Cooking, cleaning, and raising kids were not separate activities. It is only in the past century and a half that the idea of â€œseparate spheresâ€ of work for men and women took hold. It is only in the past 50 years that the management of a home was left to one woman, without an extended network of help. And it is only in the past two generations that the definition of â€œliberationâ€ for women became the dubious privilege of working full-time in the paid economy alongside full-time unpaid drudgery at home.

Subscribe to WIRED and stay smart with more of your favorite Ideas writers.

The home, for a great many women, and particularly for a great many mothers, is a hostile work environment. But with a global pandemic turning the lens of public attention to the domestic sphere in an unprecedented way, just as women around the world finally reach their breaking point, something is changing. On forums, on Twitter, on Facebook, in group threads, women and girls are being honest about how exhausted they are, and realizing that that they are not alone in that exhaustionâ€”and that something can, and should, be done.

Continuing to insist that youâ€™re too much of an adorable bumbler to clean your own bathroom doesnâ€™t cut it in a pandemic. I have lost count of the Zoom meetings I have had with women who apologize for having to leave to take care of their childrenâ€”as if there were something unprofessional about being a parentâ€”or of conversations with friends who thought that the Covid lockdowns would be the moment when the men they love finally realized how much effort is involved in taking basic care of a family. It turns out that they already knew. They just didnâ€™t want to do the work. And it is still culturally acceptable for men to leave that work to women. There are no social penalties for a man who lets his already exhausted partner wait on himâ€”but plenty of bad words for women who hold men accountable. Nobody wants to be a bitch, or a nag, or a shrew, especially not in a time of global crisis.

Over the past decade, social media has shattered the illusion that what happens in private homes cannot be political. Suddenly, pretending to cope seems very last season. The million glossy-maned mothers of Instagram have permission to relax their rictus grins and be honest about how theyâ€™re barely holding it together. Women now have the means to compare notes and share experiencesâ€”just as they did with the #MeToo movement, where women began to speak with unprecedented unity about a private, intimate injustice: sexual violence.

The street, as William Gibson once observed, finds its own use for technologyâ€”and so does the home. Itâ€™s time for domestic work to have its #MeToo moment. Itâ€™s time for all those tense conversations being had in private to be had collectively, in public, and for women to demand better. Itâ€™s time for societies to acknowledge that you cannot claim to love a person while treating them like your unpaid drudge. That an adult man who cannot run a dishwasher without being asked has no business running anything more complexâ€”like a company, or a country. That expecting your partner to shoulder the majority of the domestic work for free, without complaint, is not just disrespectful. It is morally unconscionable. As the world emerges stumbling from the psychodrama of the Covid lockdowns, as the species attempts to get its house in order, women cannot and should not continue to clean up the mess of men.

More From WIRED on Covid-19