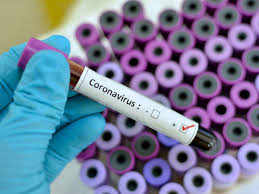 The European Commission will urge EU governments on Wednesday to use COVID-19 contact tracing apps on a voluntary basis as part of a package of measures aimed at lifting border restrictions and reviving the European Union‘s tourism and travel industries.

Countries are rushing to develop mobile tracing apps, hoping that the smartphone technology could help to reopen borders without unleashing a second wave of the pandemic.

That in turn has triggered concerns about privacy breaches and government surveillance long after the virus crisis has eased. The apps use Bluetooth short-range wireless to identify those who have come into contact with people infected with the virus.

The Commission, which is the EU executive, sought to allay such fears, saying that access to transport services should also not be subjected to the use of such apps.

“Contact tracing and warning measures, for example, with the use of mobile apps, could be used, on a voluntary basis, by passengers to detect and interrupt infection chains and reduce the risk of further transmission as long as transmission risks persist,” said a Commission document seen by Reuters.
“Due to the cross-border nature of transport, it is important to try to ensure the interoperability and mutual acceptance of such measures,” the document said.
Worries about apps not being able to work across EU borders surfaced following a spat between France and Apple. France accused the company of undermining its virus-fighting effort by refusing to help make its iPhones more compatible with a planned “StopCovid” contact-tracing app.
Apple and Alphabet Inc’s Google, whose operating systems power 99% of the world’s smartphones, are working together to create an app to slow the virus spread by allowing users to opt into logging other phones they have been near.
Source