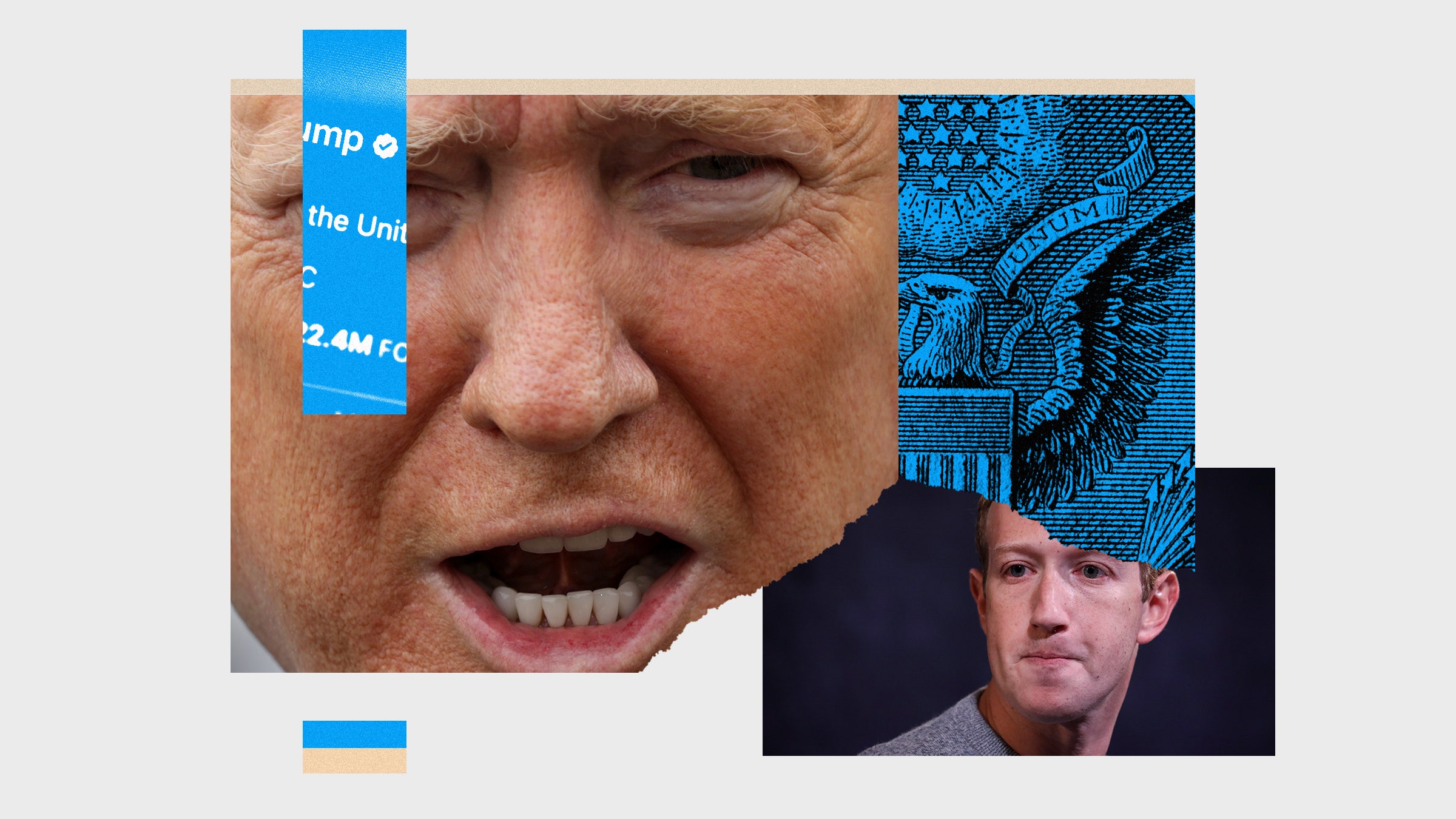 As usual, only the littlest mouse was brave enough to put a bell around the cat. On Tuesday it was Tiny Twitter, not fearsome Facebook or ubiquitous YouTube, that moved to hold the president of the United States to account for his unhinged rants on social media. The platform had its choice of tirades to clean up: Trumpâ€™s foul insinuation that MSNBC host Joe Scarborough murdered an intern who died nearly two decades ago, or his false claim that mail-in ballots abet fraud rather than expanding the franchise in vital ways during a pandemic. Twitter chose the latter, since it relates to our democracy.

Below a presidential tweet claiming, â€œThere is NO WAY (ZERO!) that Mail-In Ballots will be anything less than substantially fraudulent,â€ Twitter added an exclamation point and a link to â€œget the facts about mail-in ballots.â€ Arguably, the note could be read as an endorsement: Mail-in ballots are threatening our elections? Yes, I would like to learn the disturbing facts! But clicking brings a set of bullet points that describe Trumpâ€™s claims as â€œunsubstantiated.â€

By Thursday, the White House responded with an executive order instructing federal agencies to try to roll back the liability protections afforded online companies by Section 230 of the Communications Decency Act. Whether this will survive judicial scrutiny is almost besides the point. When presented with the gentlest of rebukes, Trump immediately threatened the relatively smooth sailing that has allowed these companies to grow into corporate behemoths.

Subscribe to WIRED and stay smart with more of your favorite Ideas writers.

If ever there was a thought that the social networks could finesse their way through the question of whether and when to block hateful, damaging content, that has now been extinguished. Trumpâ€™s online presence has led to its demise. To act, or not to act, is to pick a side in a political battle. If you cross me, Trump says, I will use my political power to punish you and make you reconsider. In addition to trying to sic agencies on social networks that restrict content on their sites, the executive order would ask agencies to review where federal monies are spent on social networks.

Of course, Trump was just saying the quiet stuff out loud. The vast, enormously lucrative social networks are the creation of the political class, who have done their best to spare Big Tech the burdens of legal liability, appropriate taxation, and fair wages for all employees. In exchange for those gifts, the social networks have bowed to power by remaining neutral at all costs, no matter the provocation, and promising to uphold the freedom to say what you want online. The public was none the wiser.

Facebook, in particular, has reached a profitable peace with Trump. Mark Zuckerberg and his close advisor on Facebook matters, Peter Thiel, have met in person with Trump, presumably to hear and accept his demands for free rein on Facebookâ€™s platforms. A recent piece in The Wall Street Journal revealed just how attuned the political team at Facebook was to the concerns of Trump and his political allies. By Wednesday night, Zuckerberg had given an interview to Fox News defending the presidentâ€™s position in the Twitter tiff by saying that platforms shouldnâ€™t act as â€œarbiters of the truth.â€ (I know about this interview because Trump tweeted it out.)

You donâ€™t have to be a techno-optimist to find our current impasse dispiriting. We now know that there are no reasonable steps these platforms can take. It wonâ€™t work for them to make their interventions only in defense of widely-shared values such as public health or fair elections. They canâ€™t just pass off decision-making to quasi-independent boards of luminaries, like Facebookâ€™s newly formed â€œSupreme Courtâ€ of overseers. My hunch is that this court wonâ€™t go into session until after November 3.

If ever there was a thought that the social networks could finesse their way through the question of whether and when to block hateful, damaging content, that has now been extinguished.

Zuckerbergâ€™s comments in support of Trump came with a pitch for Trump to back off. â€œIn general, I think a government choosing to censor a platform because theyâ€™re worried about censorship doesn’t exactly strike me as the right reflex there,â€ Zuckerberg said.

This must be a maddening situation for a tech CEO. Trump brings sharp political divisions to the social networks while simultaneously denying them any tools for forging consensus. By insisting on unlimited power to intimidate and malign, Trump exposes the instability of the â€œfreedomâ€ rhetoric used by Twitter, Facebook and YouTube to excuse their indulgence of any and all speech.