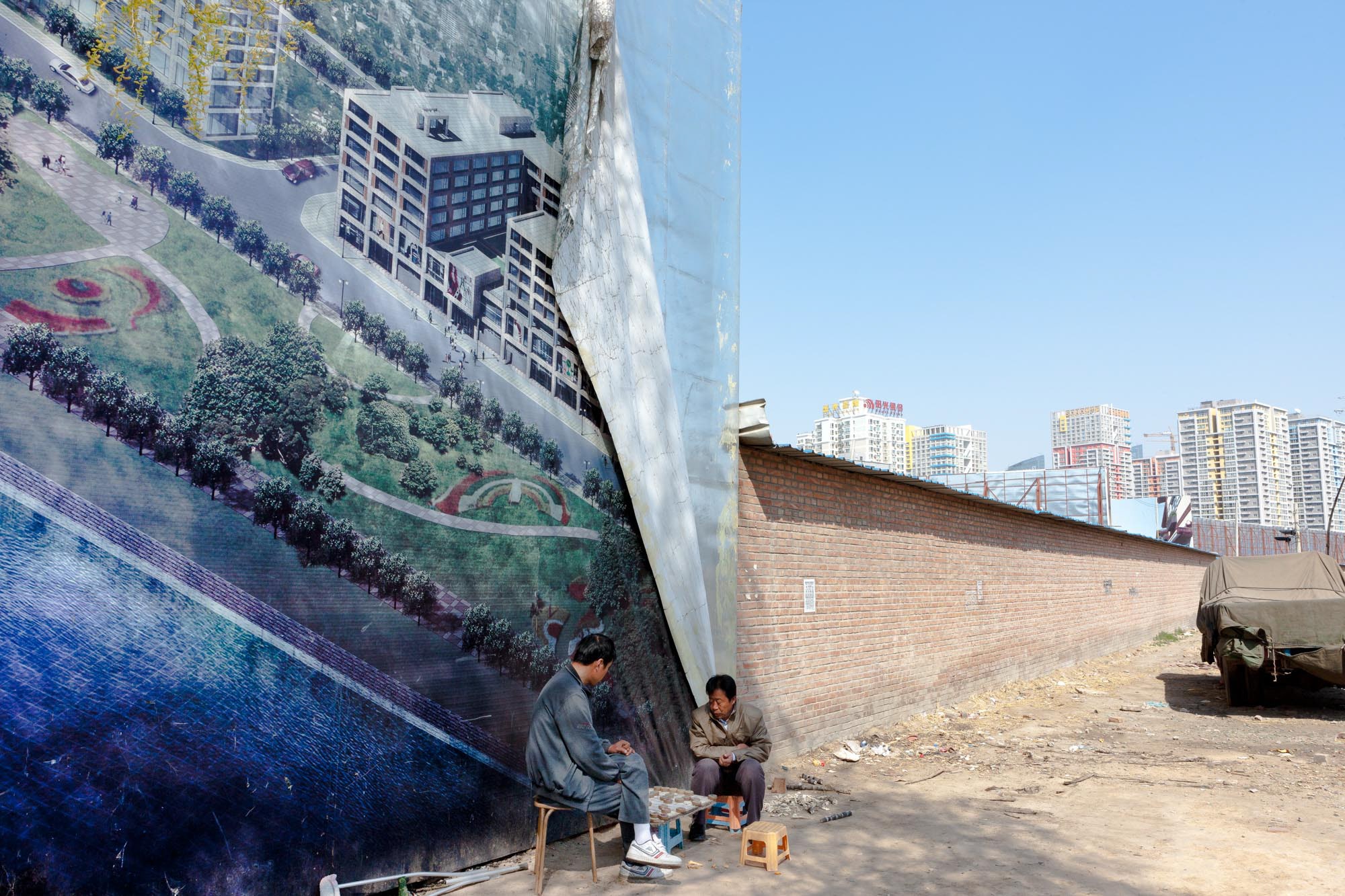 Times Square wouldnâ€™t be Times Square without all the flashy billboards and blinking signage, but if youâ€™re the type whoâ€™d rather see it without them, youâ€™re not alone. Photographer Theo Derksen is also peeved by commercial displays and how theyâ€™ve overrun the builtscape, a subject he brilliantly documents in Disneyfication.

The book depicts the myriad glitzy, ginormous ads obscuring public spaces around the world. Derksen began shooting it in 2003, after noticing how such imagery was increasingly being blown up huge and plastered everywhere from shopping avenues to construction sites, particularly in cities like Beijing and Tokyo.

â€œThe problem was that it took away the local identity and sense of place, since the images were mostly European or American,â€ he says. â€œThey showed a painless world where nothing bad could happen, and where the main goal was spending your money.â€

It reminded Derksen of the ideas of French sociologist Jean Baudrillard, who he met at Holland Festival, where they both exhibited photographs in 1999. Baudrillard’s cult 1981 book Simulacra and Simulations (which enjoys a cameo in The Matrix) describes images as representations with no foothold in reality, and that they often distract from it. â€œIt is dangerous to unmask images,â€ Baudrillard writes, â€œsince they dissimulate the fact that there is nothing behind them.â€

That quote opens Derksenâ€™s book, and he takes it as a personal challenge. While traveling through 50 cities across Africa, Asia, Europe, and the US, Derksen plunked his full-frame camera before walls and fences dressed up with fashion models, urban development schemes, and tourist destinations. But his focus wasnâ€™t so much the giant idealized imagery as the local contextâ€”a ladder propped on a wall, a worker passing by, an ugly graffiti scrawl.

It exposes the ads for what they really are: a veneer overlaying the real world and masking its social, political, and economic problems. â€œItâ€™s covering up,â€ Derksen says. “You can cover up ugly urban places, your values, anything.â€

Disneyfication is out now from Dewi Lewis.