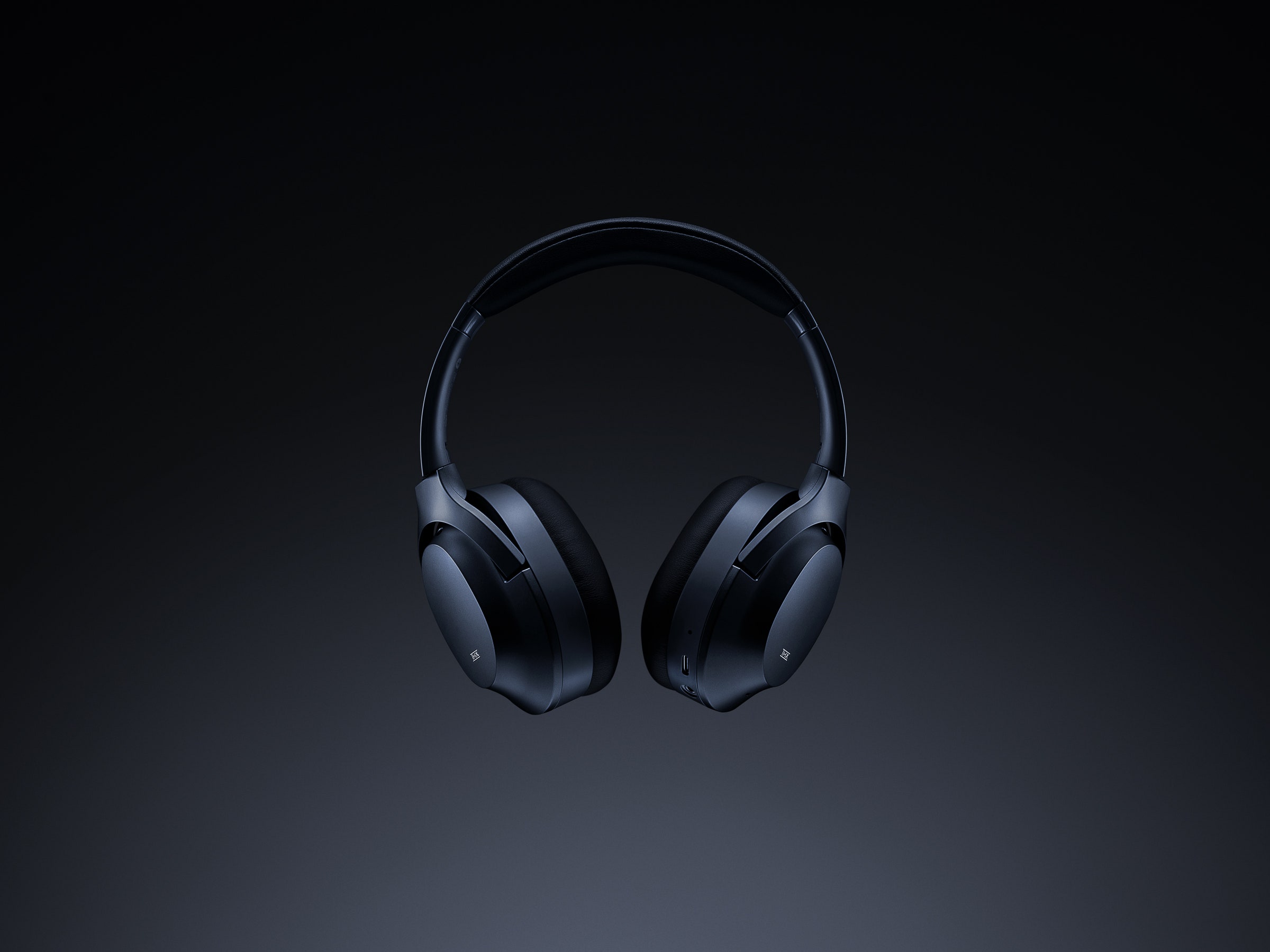 I was afraid to go to CES this year. Thanks to post-traumatic stress and an anxiety disorder, big noisy crowds arenâ€™t always a lot of fun for me. I invested in a pair of AirPods Pro before the trade show. The active noise canceling (and the fact that I could wear them comfortably for hours) was a lifesaver. Walking the show floor, Iâ€™d have noise canceling on and Halestorm playingâ€”and it was like I was the only one there. I was even wearing â€˜em when I first got my hands on Razerâ€™s new headset, the Razer Opus.

I was led into a private room filled with black curtains and neon snakes, a nightclub populated by dudes in black polos and khakis. I sat down and donned the pair of headphones that were given to me. A PR rep pointed out the active noise canceling button, and when I pushed it, it was like someone hit pause on reality. That moment has stuck with me ever since. Iâ€™ve been eagerly anticipating the day a demo unit would come for review; I have had a set for a few weeks now, and well, thereâ€™s a lot to unpack.

When I was testing the Opus, I wanted to use the pair every day. I found myself reaching for the headphones over some of my other favorites, and thatâ€™s a first for a Razer audio product. Usually I rotate between my AirPods Pro, the Steelseries Arctis 1 wireless, or the Master & Dynamic MH40. Each one has its place in my daily life, especially now.

During quarantine, I spend almost 17 hours a day with some kind of headphones or earbuds on my head. Itâ€™s excessive, but if Iâ€™m not listening to music I canâ€™t concentrate. I canâ€™t form sentences. The tide of my thoughts and anxieties starts to rise and rise and rise until all I can do is lay in bed and try to hold myself together. Itâ€™s fair to say that all-day comfort is a must for me.

On that note, the Opus delivers. Theyâ€™re easily adjustable, and the plush leatherette ear cups are comfortable without being too hot or stifling. Just today Iâ€™ve had the Opus on for about six hours, and they haven’t started bugging me yet. Thankfully they last as long as I wear them. The Opus offers about 25 hours of use (with ANC active) per charge. Plus, they automatically pause or play when you take them off or put them on.

Speaking of playing music, the sound quality here is absurd. Music dances from one earphone to another, sizzling back and forth. The soundstage feels wide openâ€”thereâ€™s some distance between you and the music, between each instrument and its neighbors.

This applies when gaming too. Every footstep, every note of cheerful music, and every swoosh of my net is rendered with crystal clarity. Yes, Iâ€™ve been playing a lot of Animal Crossing: New Horizons. Even in hectic online games like Destiny 2, the tidal wave of sound that crashes over you every time youâ€™re in a multi-Guardian free-for-all unravels into individually discernible sounds.

During everyday use, Iâ€™ve also come to really appreciate the active noise canceling. I have two roommates. We live in a small apartment. Alone time can be hard to come by, but the Razer Opus gives it to me anywhere I want. If you have any audio coming through the headphones while the noise canceling is active, youâ€™re going to be completely submerged and blissfully unaware of the world around you. For the most part.

If you pause your music, youâ€™re able to hear a little bit of the outside world leaking in. Itâ€™s faint, but itâ€™s there. I havenâ€™t had the chance to test these on an actual airplane because, well, quarantine. But putting on some airplane noise at an appropriately high volume level (80 decibels) reveals a couple of things about the Opus. They do an excellent job of drowning out the droning of in-flight engine noise, but only as long as youâ€™re listening to something else. If you need 100 percent dead silence, youâ€™ll have to spend a little extra on something like the Sony WH1000XM3 to get there.

They Come in Black

Razer has cultivated a certain aesthetic over the years, and the Opus is a big departure from the black and neon green motif that defines the company’s other products. Thatâ€™s a good thing. These are headphones you might wear on a commute, or on an airplane, or while you go downstairs to do a contactless delivery pickup. Understated and stylish works.

The first run of these headphones is only available in the midnight blue colorway, but there will be a plain black coming sometime later. The midnight blue is my favorite, though; itâ€™s just different enough to stand apart from the crowd without calling too much attention to itself.

Hereâ€™s where things get tricky: This is a great pair of headphones, but only a decent headset. Games sound amazing, but the microphone isn’t as impressive. On its own, for phone calls, video chats, and the like, itâ€™s fine. It gets the job done, picking up your voice and ignoring most background noise. Itâ€™s not as good at voice isolation as one of our other favorite headsets, the Steelseries Arctis Pro + GameDAC.

And because the Opus isnâ€™t a USB headset, you canâ€™t configure the headphones on PC with the Razer Synapse software the way you can other Razer headsets. Or the same way you can with most other gaming headsets from major manufacturers like Logitech and Steelseries. This is an important detail, because most other gaming headsets offer sidetone options in PC softwareâ€”so you can hear your own voice in the headset as youâ€™re talking. It might not seem like much, but when ANC is on, itâ€™s very hard to gauge the volume and clarity of your own voice. You could be too quiet or way too loud, and unless someone on voice chat told you you wouldnâ€™t know. This isnâ€™t an issue if youâ€™re using an external microphone.

Razer makes top-notch keyboards and mice, but their headsets usually are aimed at capturing an aesthetic than delivering high fidelity sound. They donâ€™t sound bad, they just donâ€™t exactly knock your socks off.

But after spending dozens of hours with the Opus, I have to admit, the name is apt. This is the best headset Razer has ever made, a magnum opus of gaming audio.