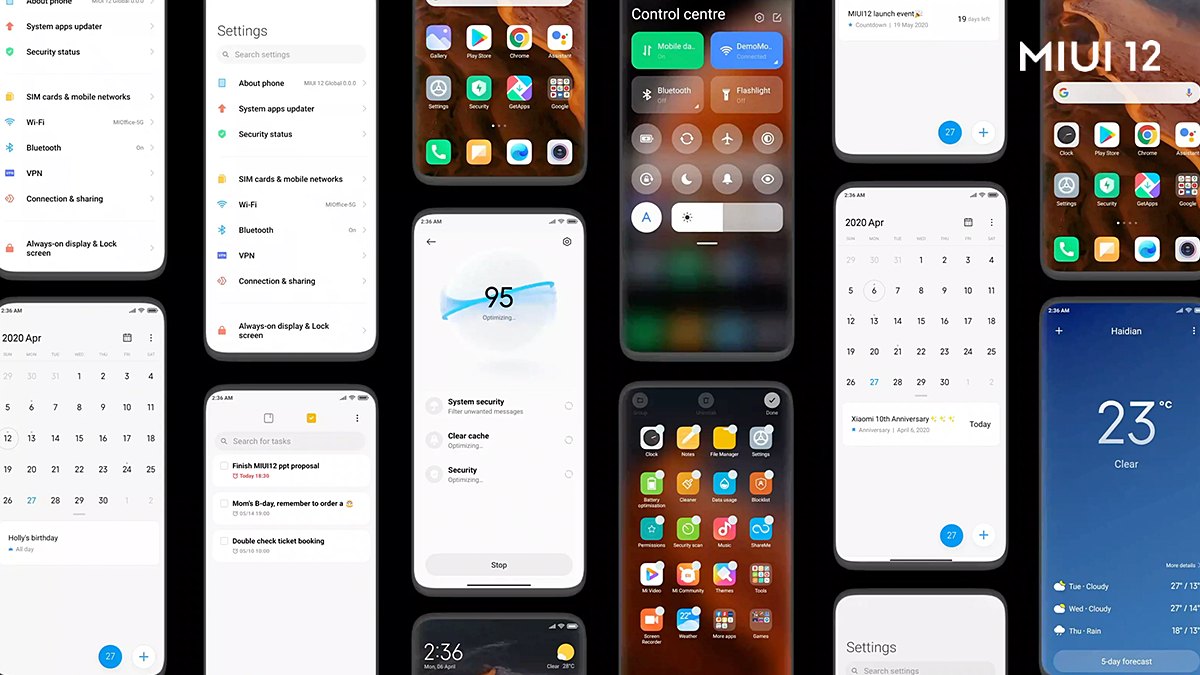 MIUI 12 will start rolling out from June â€” the latest version of Xiaomi’s Android user interface was officially unveiled on Tuesday, May 19 for global markets. It brings new features and improvements to Xiaomi’s Mi and Redmi phones. Xiaomi said in its blog post that privacy protection is at the core of the development of MIUI and MIUI 12 build on top of that. Users get a new UI design with â€œinnovative system animationsâ€ and more. So, here are the top features present in MIUI 12:

With MIUI 12, users will be able to get better control over permissions that are required for apps to function, as per the Xiaomi blog post. Individual app permissions include a wider range of options like giving certain permissions â€œWhile using the appâ€ and â€œNotifyâ€ when an app is using another service, along with the previously available options. The â€œWhile using the appâ€ mode also includes permissions for access to camera, microphone, call history, contacts, calendar, and storage. Additionally, location information and metadata can also be removed when sharing photos.

Xiaomi said that it has revamped the UI design for MIUI 12 and refreshed system-wide animations. It uses the Mi Render Engine to make switching between apps smoother and each screen has been made more â€œinformative and comprehensibleâ€. Xiaomi added, â€œData is perceived more intuitively when it’s presented in graphics. Visualisations save time and make the interaction with the mobile device more intuitive and efficient.â€ MIUI 12 also brings a flatter and more simplified interface and new navigation gestures. Additionally, the Super Wallpaper feature provides â€œstunning reconstructions of iconic planetary landformsâ€ using NASA’s official imagery.

MIUI 12 improves on multi-tasking by adding floating windows. When navigating using the full screen gestures, floating windows for apps will help users easily move them, close or resize them with gestures. If you get a message while on you’re doing something else on your phone like watching a video, the message can be opened up in a floating window allowing you to reply without having to pause the video and switch over to the messaging app.

MIUI 12 adds what Xiaomi is calling an ultra-battery saver mode. As the name suggests, the ultra-battery saver mode will restrict the more power-consuming features without affecting calls, messages, and network connectivity. This will extend the phone’s standby time and reduce power consumption, thereby giving you some extra battery life when the phone’s battery is low.

MIUI usually follows the more iPhone-esque home screen with the absence of an app drawer. Now with MIUI 12, users will get an option to turn on the app drawer which will free up their home screen and show all the installed apps in one place. The apps can also be grouped automatically, making them easier to find. Xiaomi says this app drawer comes from the Poco Launcher present in the Poco smartphones.