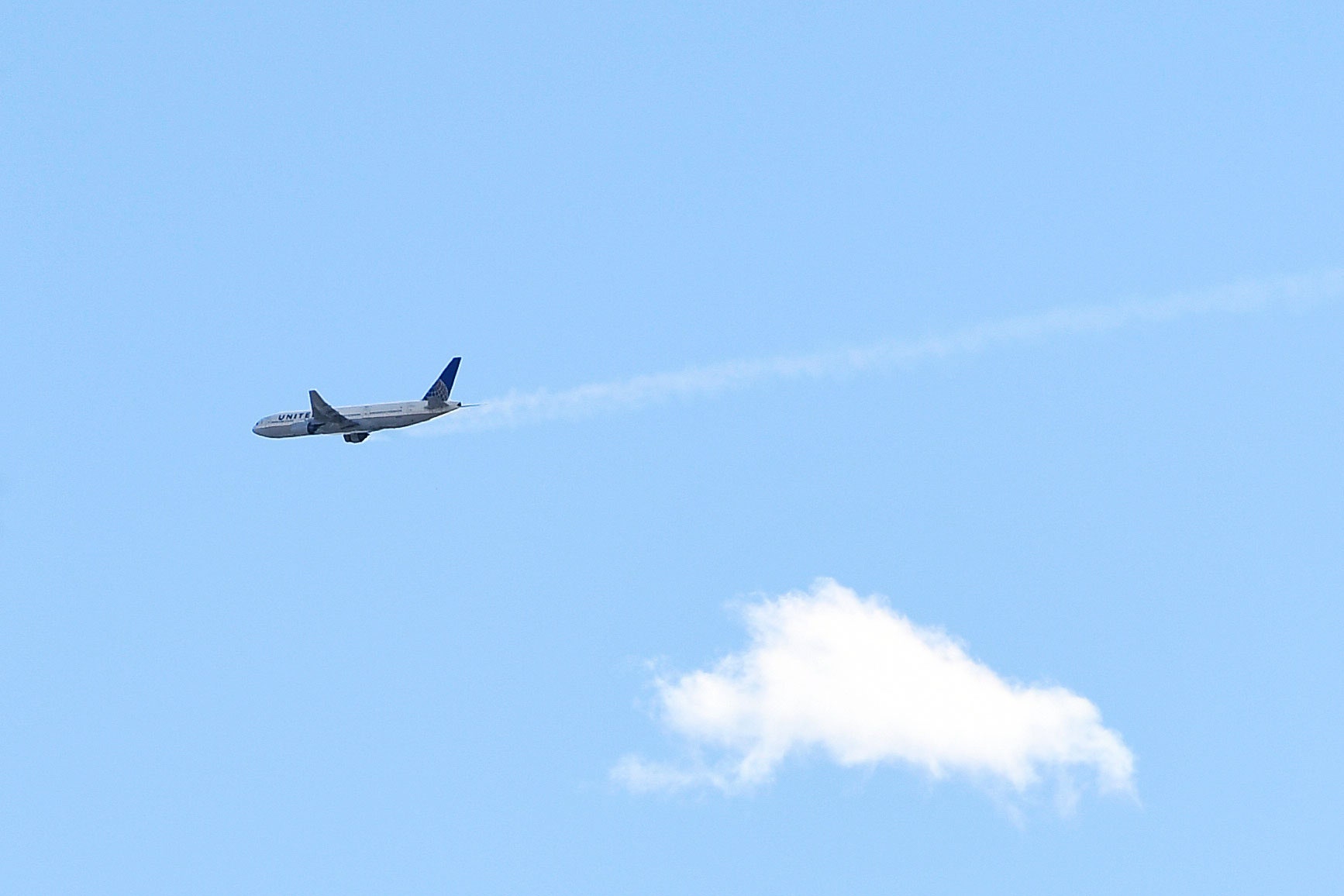 It feels like a nightmare scenario for airplane passengers: You take a look out the window in between mini-pretzel bites to see an engine cloaked in flames, shedding pieces of metal mid-flight from 10,000 feet in the air. Thatâ€™s exactly the sight that greeted passengers of United Flight 328 on Saturday not long after departing Denver for Honolulu.

A roughly 500,000-pound jet with one engine seems as likely a candidate to fly as a condor with one wing. And yet for all the danger posed by the flambÃ© Boeing 777 this weekendâ€”and there was plenty, particularly to the Denver suburbs subjected to large-scale debris shed by the planeâ€™s Pratt & Whitney PW4077 engineâ€”staying in the air was extremely low on the list. In fact, its remaining engine is theoretically strong enough to have made the remainder of the flight on its own.

That wasnâ€™t always the case for large aircraft. For decades, the Federal Aviation Administration didnâ€™t allow twin-engine planes to make trips over an hour, much less from the Midwest to a Pacific paradise. â€œIt’ll be a cold day in hell before I let twins fly long-haul over-water routes,â€ then-FAA administrator Lynn Helms insisted when Boeing asked the FAA to change the rule in 1980, according to Robert J. Sterlingâ€™s 1991 history of the aerospace giant. If an engine did fail, youâ€™d have at least two others to rely on.

Eventually the FAA relented, expanding the 60-minute rule to 120 and then 180 minutes as the â€™80s wore on. Credit improved engines for the change of heart, rather than an increased appetite for risk.

â€œOne engine has to have enough thrust to keep the airplane going, and even climbing if it needs to,â€ says Ella Atkins, an aerospace engineer at the University of Michigan. That applies even to a worst-case scenario, she says, such as losing an engine while youâ€™re in the process of taking off. The remaining engine needs to be strong enough, if required, to get you airborne on its own.

Which is not to say that engine failure is without consequence, especially when a fire is involved. It introduces a host of complications no matter the size of the aircraft or the complexity of its automated systems. â€œMany pilots go through their entire career without a single engine failure, even though we train for it,â€ says Bob Meder, chairman of the National Association of Flight Instructors. â€œIn general, you do your memory items first for the airplane youâ€™re flying. Youâ€™ve got an engine fire, you secure the engine and stop the flow fuel to the engine.â€