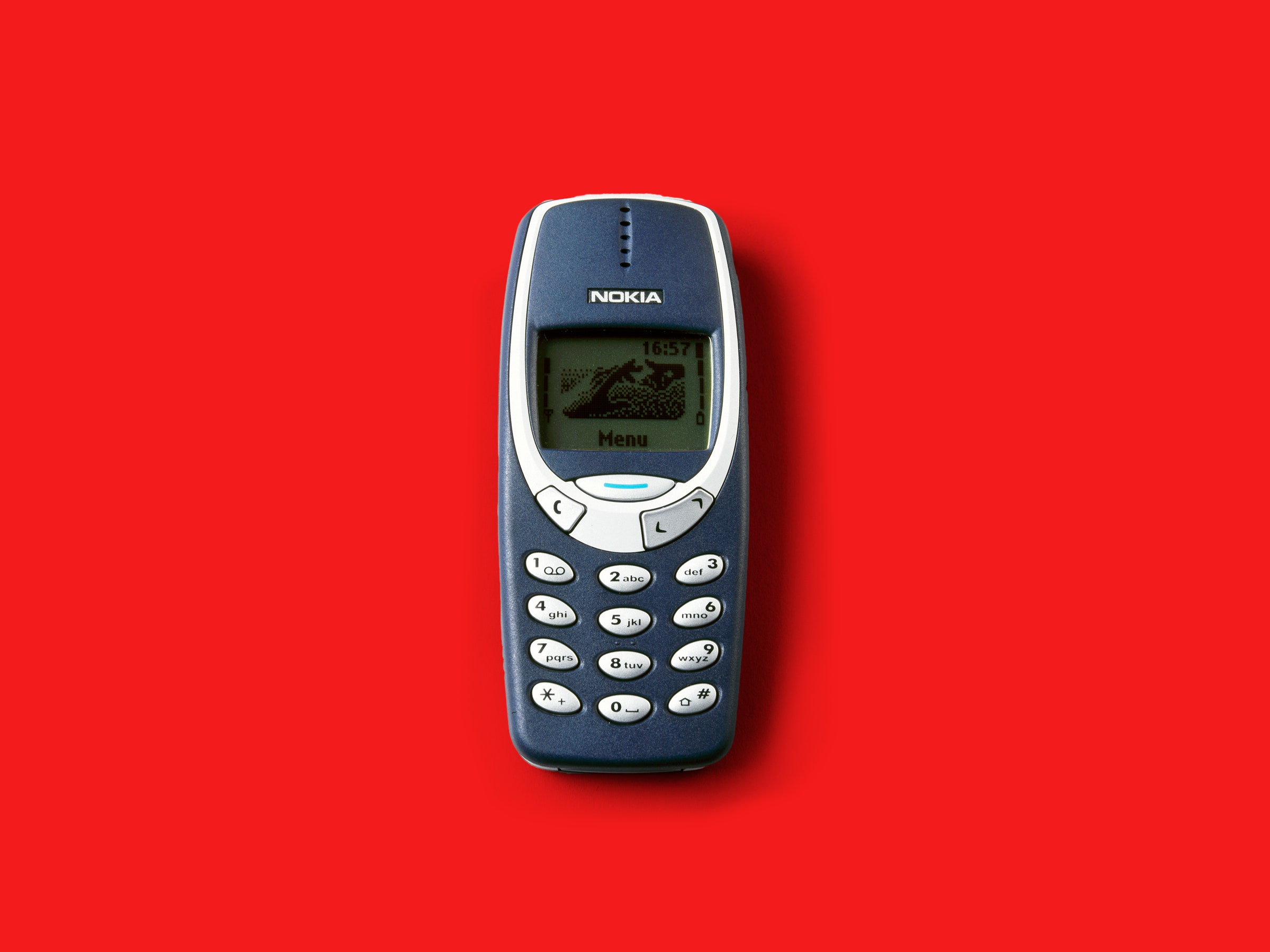 The brick. Itâ€™s not a particularly flattering nickname, especially for something thatâ€™s gained cult status, especially for a piece of technology. Twenty years after its debut, though, the Nokia 3310 still wears the moniker proudly. People used to love it for what it could do. But maybe they miss it because of all the things it couldnâ€™t.

Technically September 1 is the anniversary of when Nokia first announced the 3310, not when it went on sale; itâ€™s sort of like celebrating an ultrasound instead of a birthday. Still, itâ€™s as good a time as any to remember the little blue tank, the indestructible candy bar, the device that sold 126 million unitsâ€”more than 20 times as many as the first-generation iPhone. (The comparison is unfair on multiple levels: price points, longevity, available markets. Still, fun!)

The praises of the Nokia 3310 have been widely sung already, but memories are short and weeks last years these days, so forgive a quick recap. Yes, it could first and foremost survive a drop from any reasonable height. But it did so with a clunky sort of style: The call and arrow buttons curved to a subtle grin; the body was a just-right shade of midnight blue; the number keys responded to each press with a satisfying click. It was staunchly minimalist in an era beset by bedazzling. The battery lasted at least a week without a recharge. And then there was Snake II, an elite tier time-waster of a game that reliably gave you something to stare at on your phone nearly a decade before the iOS App Store debuted.

OK, a few more reminders of its greatness. You could swap the casing for a different color or design, and remove or replace the battery. That doesnâ€™t quite count as modular, but itâ€™s closer than youâ€™ll get with most smartphones today. Its Chat function reinvented text messaging, allowing for threaded exchanges and expanded character counts. It had three games beyond Snake II, at least one of which, Space Impact, was decent. It let you download ringtones and set screensavers, both novelties in that age.

In fact, itâ€™s easy to forget that having a mobile phone at all was still fairly novel at the time. The year 2000 is the first time Pew Research surveyed US adults about cell phone ownership; 53 percent had one. By 2006 that number had jumped to 73 percent. Given the Nokia 3310â€™s popularity during that stretch, particularly among a younger demographic, itâ€™s safe to say it was a many peopleâ€™s first introduction to mobile phones, full stop.

The WIRED Guide to Internet Addiction

That explains the enduring nostalgia it invokes. Every year or two someone writes a new commemoration, anniversary or no. In 2018 a company called HMD Global even resurrected the 3310, in a fashion, turning out a feature phone that recalls the iconic design while adding contemporary touchesâ€”a basic web browser, a low-end cameraâ€”to help it function in todayâ€™s world.

That reinvention feels in some ways misplaced. If you miss the Nokia 3310, itâ€™s not with the caveat that you wish you could log onto Facebook from it. You miss it because it reminds you of a time when Facebook didnâ€™t exist. The internet has always been bad in parts, but in the 3310 era it was at least something you could reasonably ignore for long stretches of time. The 3310 couldnâ€™t do much because there simply wasnâ€™t much to do: no tweets to send, no News Feeds to refresh, no photo filters to swipe through. Your phone was primarily a phone, not a purposefully addictive portal into infinite knowledge and existential weight.