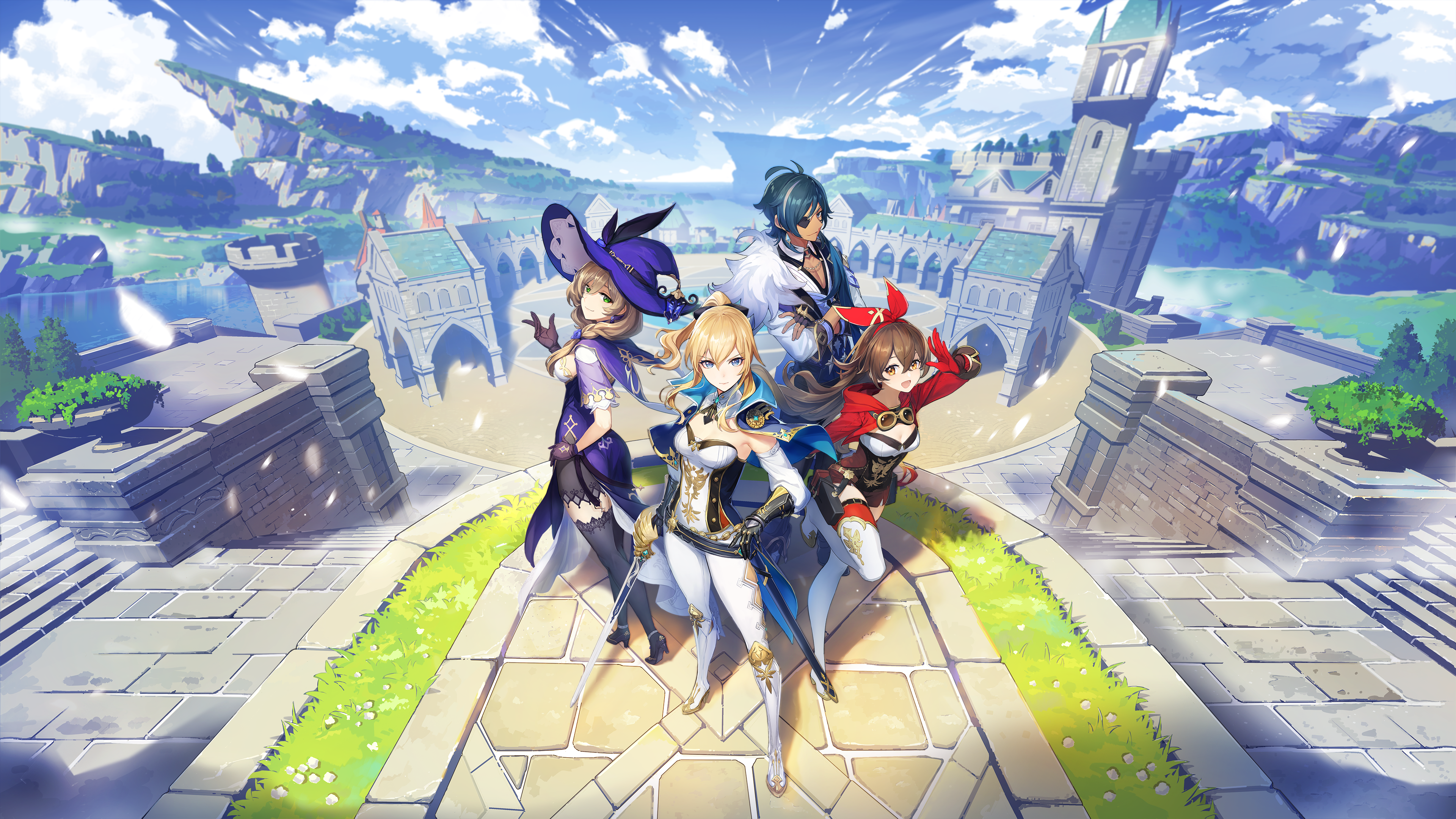 Genshin Impact is better than it has any right to be. Written off as a free-to-play anime reskinning of Zelda: Breath of the Wild, the fantasy role-playing game doesnâ€™t make the best first impression. Itâ€™s got the cloying “gacha” mechanics youâ€™d expect from a mobile RPG, although itâ€™s also on PC and PlayStation 4. In a clear bid for otaku dollars, Genshin Impact boasts harems of playable waifus and husbandos to whet playersâ€™ thirst. (If youâ€™re into it, youâ€™re into it; I sure am). Yet Wednesday, Genshin Impact claimed the title of the largest international launch of any Chinese game ever. Itâ€™s deservedâ€”and only took a few hours of playing to see why.

In the West, where gamers are used to paying $60 once for a console game, Chinese developersâ€™ free-to-play mobile gamesâ€”the most popular model thereâ€”have long raised eyebrows. Western gamers and game developers have for years criticized Chinese developer â€œclonesâ€ of popular games like PlayerUnknownâ€™s Battlegrounds or Fortnite. Some indie games have been cloned before theyâ€™re even out. Thereâ€™s enough knee-jerk bias around Chinese video games, especially mobile games, that many get dismissed at face.

Genshin Impact will help dispel some of that bias. An anime Breath of the Wild knockoff or a charming, character-forward adventure thatâ€™s too fun to put down, Genshin Impact is plainly fantastic, and there is no reason you shouldnâ€™t play it.

Genshin Impact opens with an elegantly animated cutscene in which a god captures your twin. In the ensuing battleâ€”which takes place midair, floating near some Grecian sky columnsâ€”that god takes away your power to travel from world to world. The action picks up some time afterward, on a serene beach. You are on Teyvat, a beautiful realm where some mortals have elemental magic abilities. There, you encounter a doll-like creature-companion named Paimonâ€”very Cardcaptor Sakuraâ€”who, of course, refers to herself in the third person in her squeaky little voice. As you go in search for your twin alongside Paimon, you learn that a dragon is besieging a nearby town, and head over there to investigate.

The world you quest in is undeniably similar to Breath of the Wildâ€™s: rocky cliffsides, grassy plains, fruit trees, ocean vistas. You can forage poultry drumsticks by shooting live birds, stab lizards for bitter lizard tails, and collect sparkling plants. You can climb onto a precipice and ride your wing-shaped glider down into an enemy camp of Bokoblin-likes. There are treasure chests everywhere providing a near-constant stream of serotonin.

As you complete quests and dungeons, you meet (or acquire through paid gacha mechanics) dozens of charismatic characters forming your adventuring party. You can switch out your main character at almost any time, including mid-fight, and youâ€™ll want to; your starting characterâ€™s sword and wind magic are fun enough, but dark-haired knight Amberâ€™s fire arrows are more versatile. Charming swordsman Kaeya can freeze opponents before cutting them down. Sexy sorcerer Lisa commands lightning. Whatever fighting style you like, Genshin Impact probably has it. And because elemental abilities interact with each other and the environment, you can freeze oozes into a pond with one character before electrocuting the water with another. It is euphoric to climb a tall cliff, glide down into a valley, lure low-level mobs near an exploding barrel, then freeze and explode them. But if youâ€™ve played Breath of the Wild, you already know that.

Hereâ€™s where the mobile game design tropes come in. And, for me, they are absolutely not unwelcome. While combat entails some dash and slash and well-timed abilities, itâ€™s satisfyingly brainless. At least at lower levels, youâ€™re often hitting the same â€œattackâ€ button over and over, which triggers too-cool animations like shonen-style teleporting. Then, thereâ€™s the gacha: To amass more waifus or husbandos, you can purchase in-game currency that lets you make a â€œWish,â€ which gives you a chance at summoning a new character or weapon. Even the most cynical players can appreciate Genshin Impactâ€™s charismatic cast, whose animations include little yawns, stretches, and giggles.