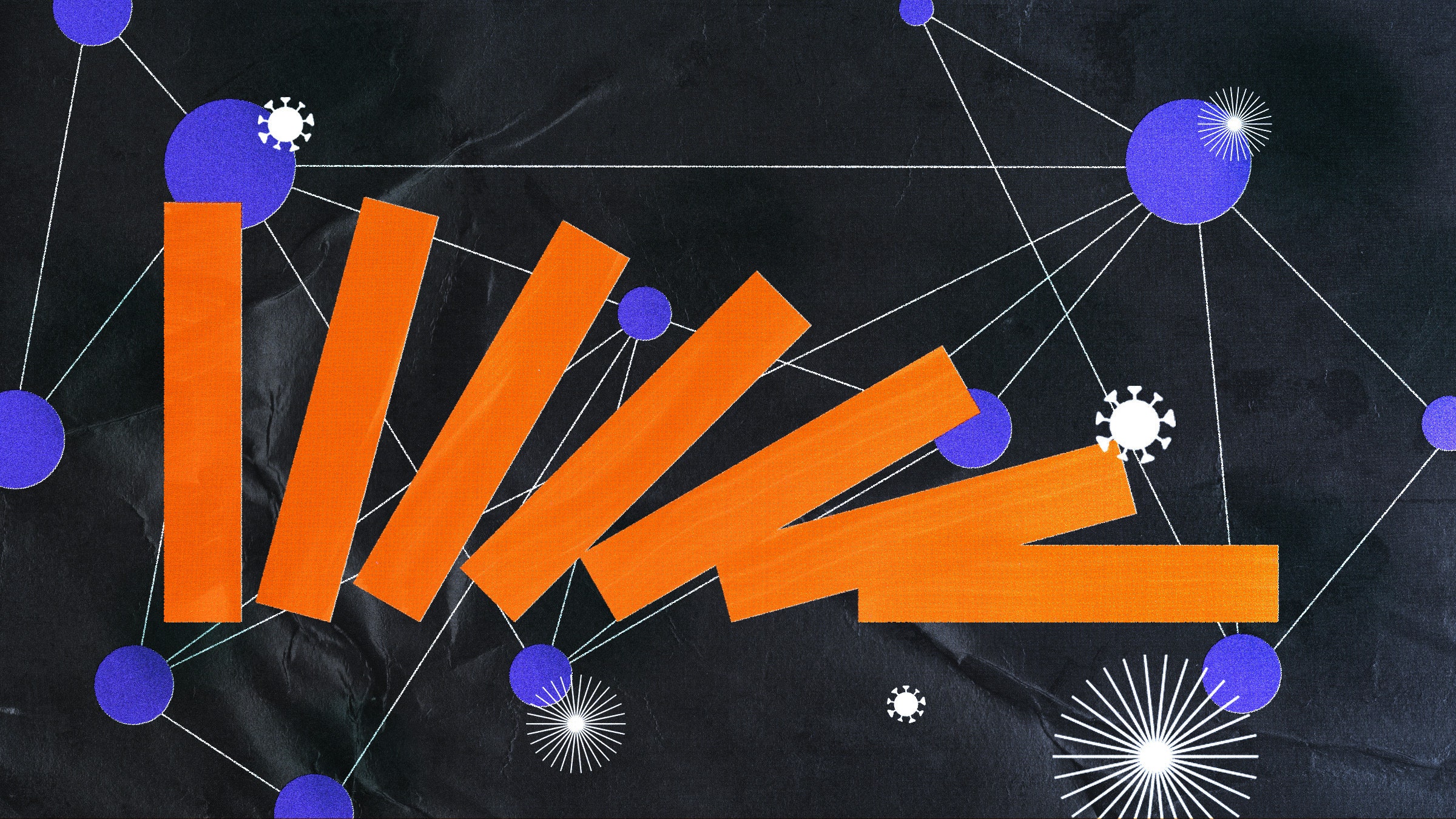 To ensure Genesis wasn’t hamstrung by the loss, its parent company, Digital Currency Group (DCG), bailed it out. But in the aftermath, Genesis cut 20 percent of its workforce to reduce costs and Michael Moro, its longtime CEO, stepped down.

Genesis again found itself on the wrong side of a collapse earlier this month; when FTX filed for bankruptcy on November 11, the firm lost $175 million stored with the exchange. Again, DCG intervened, providing a cash injection of $140 million.

But despite multiple DCG bailouts, Genesis has failed to escape the FTX fallout. Samson Mow, a prominent crypto pundit and ex-chief strategy officer at crypto infrastructure firm Blockstream, says the brokerage is struggling to fund a surge in the number of customers asking to redeem their crypto. This led to the suspension of withdrawals, which threatens to worsen the prevailing crisis of confidence and increase the likelihood of a rush on other lenders (say, BlockFi or Voyager Digital)—and so the contagion spreads.

But Mow says it’s important to understand that this is a liquidity problem, not a solvency problem. In other words, Genesis has enough assets to pay its debts, they’re just not readily available in cash form. For this reason, a bankruptcy “seems unlikely,” says Mow.

DCG also sought to play down the situation on Twitter, saying that the decision to suspend redemptions and stop issuing fresh loans was a “temporary action,” and that the problem is confined exclusively to the Genesis lending division, which means the trading and custody units will continue to operate as normal.

The attempt to secure funding has been unsuccessful thus far, reports suggest, partly due to concern over the financial relationship between Genesis and other DCG-owned entities. Of the $2.8 billion in outstanding loans on the Genesis balance sheet, roughly 30 percent are made to either DCG or its subsidiaries, but inter-company loans are being treated with particular suspicion right now because of their central role in the FTX collapse.

Barry Silbert, CEO of DCG, told investors that inter-company loans of this kind are nothing out of the ordinary. “We have weathered previous crypto winters, and while this one may feel more severe, collectively we will come out of it stronger.”

Yet, for all its conviction, Silbert’s rallying cry has not halted speculation. Burned recently by false assurances from FTX founder Sam Bankman-Fried—who tweeted “FTX is fine” on November 7, just days before the firm collapsed—crypto investors are bracing for a bankruptcy at Genesis, too.

One of the consequences of a potential collapse is already playing out. After withdrawals were halted, crypto exchange Gemini, whose yield farming product sits on top of Genesis, announced its Earn customers would no longer be able to access their funds.

On November 22, the exchange explained it was working to “find a solution,” but until then, $700 million worth of customer funds would remain locked up. If Genesis were to go bankrupt, some of these funds may never be returned, just like at FTX—and it’s possible that customers of other Genesis-linked exchanges might suffer the same fate.