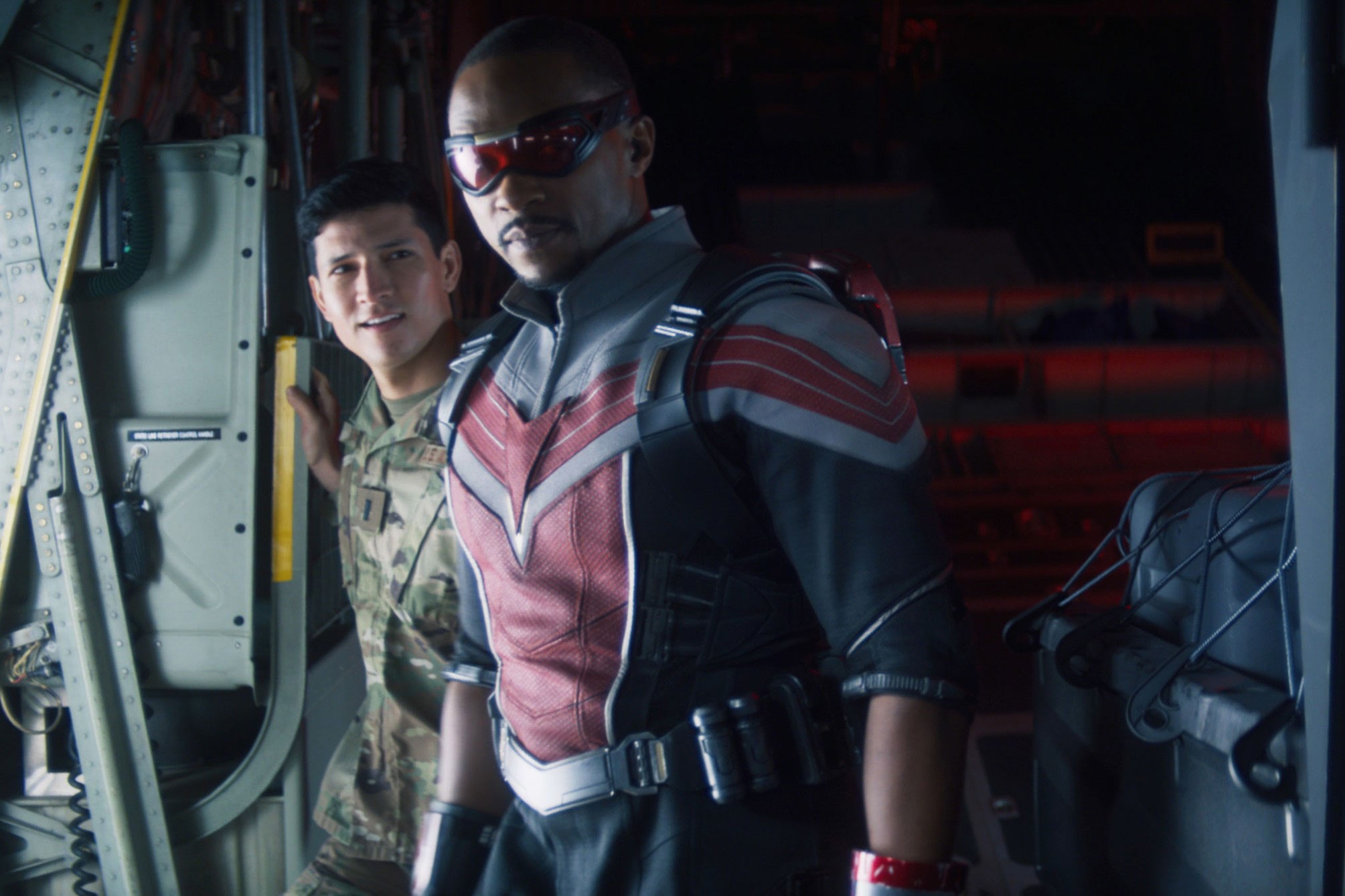 I’m all about Falcon and the Winter Soldier—the latest Marvel show on Disney+. Don’t worry, I’m not going to spoil anything serious. I just want to talk about the wingsuits in episode 1. Sam Wilson (Falcon) is dealing with a hostage situation aboard a military aircraft. The bad guys grab their hostage and jump out of the plane wearing wingsuits. If you haven’t seen these, they are basically skydiving outfits with extra material between the arms and legs to make it like wings—thus the name.

The hostage doesn’t have a wingsuit, so they strap him on the back of one of the bad guy jumpers. After that, Falcon flies in pursuit and there is some action stuff—see, no real spoilers.

But really, this is just a chance to talk about some fun physics. So, let’s consider the following two questions. One: How fast can a human fly with a wingsuit? Two: What would happen if you have an extra human (a hostage) on the back of a wingsuit jumper?

Let’s start with something simple and then make it more complicated. (That’s what we like to do in physics.) Suppose you jumped out of a plane and there wasn’t any atmosphere. Yes, that would be super weird—but just imagine. For this case, there would just be one force acting on you—the downward-pulling gravitational force due to the interaction between you and the Earth. The gravitational force can be calculated as the product of your mass (in kilograms) and the gravitational field (we use g for this). As long as you are within about 100 kilometers of the surface of the Earth, the gravitational field is about 9.8 newtons per kilogram.

What does this constant downward gravitational force do in an airless world? That’s where Newton’s second law comes in. It gives the following relationship between force and acceleration:

Two important notes. First, both forces and accelerations are vectors. (That’s why they have an arrow over them.) This means that both the magnitude and direction matters. Second, this expression deals with the net force (the total force). Since there’s only the gravitational force, you would accelerate downward—your speed would just keep increasing for as long as you fall. But that’s just pure falling and not wingsuit flying.