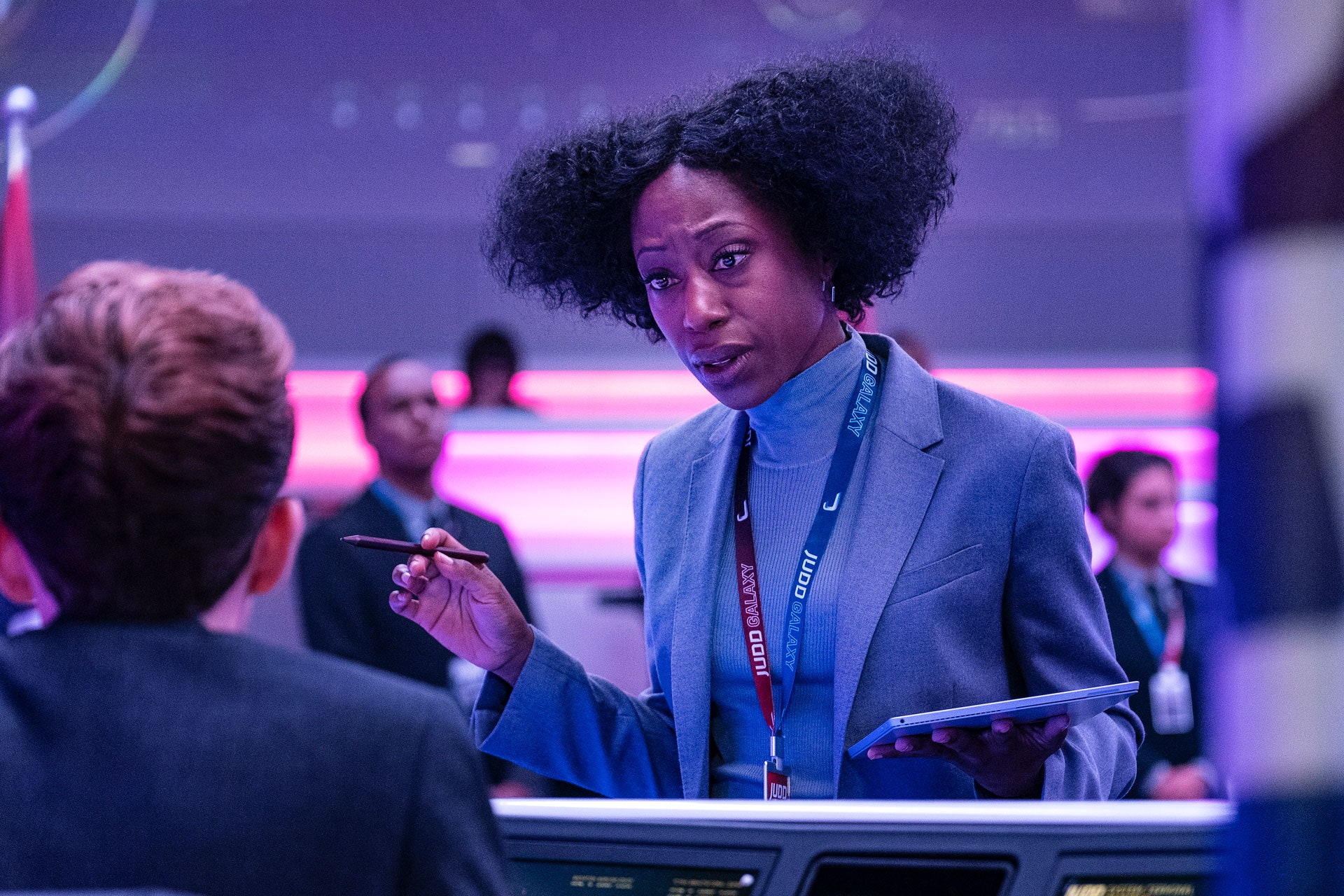 The HBO series Avenue 5 is a sci-fi comedy about a cruise ship that gets knocked off course on its way to Saturn. Humor writer Tom Gerencer was impressed by the show’s witty dialogue.

“There were some extremely funny lines in Avenue 5 that I couldn’t help laughing out loud on,” Gerencer says in Episode 463 of the Geek’s Guide to the Galaxy podcast. “My hat is off to the great comedic minds behind the scripts.”

Avenue 5 is the brainchild of Armando Iannucci, creator of Veep. Fantasy author Erin Lindsey was amused by Avenue 5‘s zany absurdism, but prefers the humor of Veep, which operates on many different levels. “For me, it doesn’t matter how much I like the flavor, I want more than one flavor, and I just felt like the jokes were almost all the same flavor,” she says.

Geek’s Guide to the Galaxy host David Barr Kirtley agrees that Avenue 5 would benefit from a more varied approach. “I feel like there should be one character who’s normal and sincere, and who we identify with,” he says. “So that there’s a contrast between the absurdity and non-absurdity. Whereas I feel like everything in this is absurd—all the characters are absurd, all the scenes are absurd, and everything about the ship is absurd.”

“The Office and Parks and Rec both ended up as two of my favorite comedies of all time, but the first seasons were not good,” he says. “I think the first season of Avenue 5 is way better than either of those. So if Avenue 5 has any kind of growth from Season 1 to Season 2 on par with what either of those shows did—which were run by similarly talented teams, so it’s reasonable to expect that they could make such improvements—I think that could be amazing.”

Listen to the complete interview with Tom Gerencer, Erin Lindsey, and John Joseph Adams in Episode 463 of Geek’s Guide to the Galaxy (above). And check out some highlights from the discussion below.

“I kind of have a thing about accents. I notice them a lot, I do accents, I’m just really into them. One of the things that always impressed me about Hugh Laurie is that in his however many jillion seasons of House, you almost never, ever questioned that he was American. His American accent is amazing. And so these first couple of episodes, you have him running around playing an American captain, and my first question was, ‘Why?’ And my second question is, ‘Why is he so bad at it? Has he lost his touch?’ So he totally sold it. He did a great job of a Brit doing an almost-but-not-quite-perfect American accent. And it turns out that that’s in fact what’s going on. Which I loved. I totally loved that.”

“I feel like in Season 2 they’re going to have to have a story, and there’s not really a story in Season 1. You go and look at the episode synopses, and it’s like, ‘I’ve never seen such short episode synopses.’ I just feel like there needs to be some sort of mystery on the ship, something where you’re wondering what’s going to happen next. The structure right now really reminds me of Gilligan’s Island, where every episode there’s some hope that they’re going to get back sooner than they thought, and then something goes wrong, and then it turns out it’s going to be longer than they thought, and it’s just kind of that over and over again.”

“I was playing video games, and loving it, and there’s this little boy next to me, and he’s playing video games in a suit, and these two kids run through the arcade, chasing each other, and one of them bumps the little kid in the suit with an elbow, and barely touches him. … The father of the kid in the suit bends down and grabs one of the children who was running, and starts shouting, ‘My son is a child prodigy! He plays the violin in concerts around the world, and if you’ve damaged his arm I’m going to sue your parents until there’s nothing left!’ He screamed this in this 8-year-old boy’s face. That was an eye-opening moment for me. I was like, ‘Who am I on this boat with?’”

“I started googling it, and at some obscure online bookstore I found a copy of it that said it was by Robert Sheckley, and like an idiot I emailed the guy who owned the bookstore and said, ‘Hey, if that’s true that’s a really rare book. Can I buy it?’ It disappeared off the site that day, and the guy never answered any of my emails after that. I was like, ‘Hey, I was checking back on this,’ and he never answered me again. … It was ironic to me because the Titanic was something they said was unsinkable, and it sunk, and then Douglas Adams made this game about it that was supposed to be awesome—because he’s Douglas Adams—and then that vanished, and the two books also vanished.” Making Video Games Is Not a Dream...