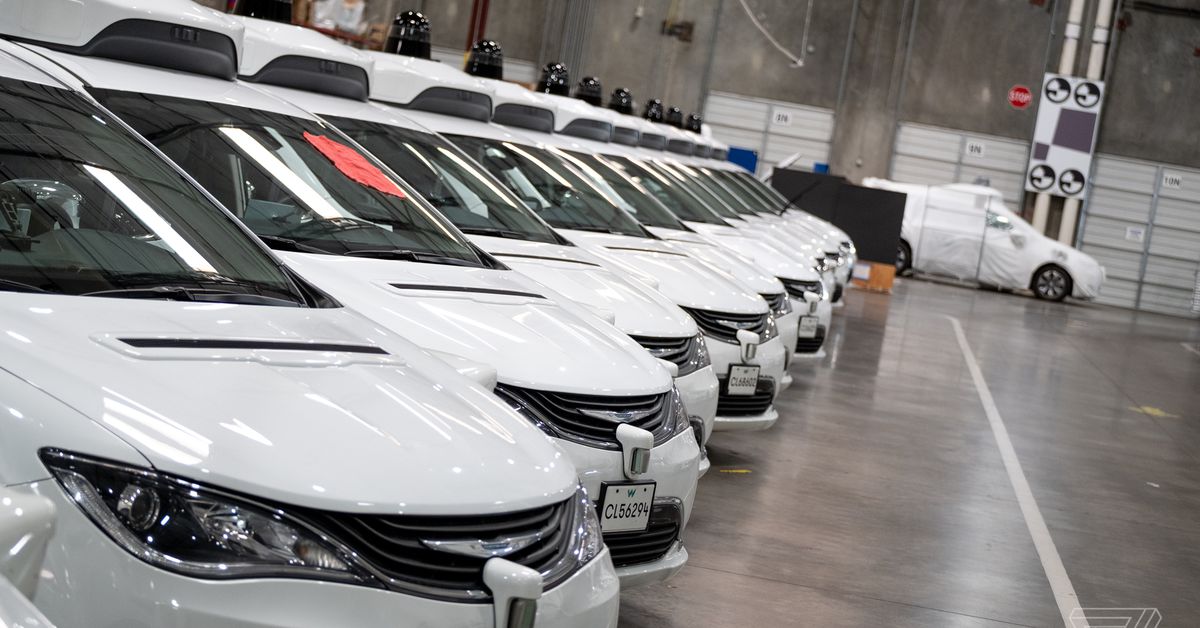 Self-driving cars are having a really rough time gaining our trust.

This is not a total shock considering autonomous vehicles remain theoretical and elusive for most people. The limited number of self-driving cars on the road today are mostly test vehicles that arenâ€™t available to the riding public. Combine that with Americansâ€™ very, shall we say, complicated feelings toward concepts like â€œfreedomâ€ and â€œcontrol,â€ and you can see where this is going. Digging on technology in the streets, control freaks in the sheets.

Digging on technology in the streets, control freaks in the sheets

The latest poll to affirm this deep distrust comes from Partners for Automated Vehicle Education (PAVE), a coalition of industry players and nonprofits aimed at improving the publicâ€™s understanding of autonomous vehicles. A quick glance at the results reveals that theyâ€™ll have their work cut out for them.

These were some of the findings to emerge from PAVEâ€™s survey of 1,200 Americans, who were contacted by polling firm SurveyUSA between late February and early March 2020. But it could easily have been the results of any poll about self-driving cars taken over the last five years. A variety of auto-related groups like AAA, Kelley Blue Book, and Advocates for Highway and Auto Safety have found similar skepticism in their polls.

Taken together, these results paint a pretty grim picture for the future of autonomous vehicles. After all, much of the technologyâ€™s success will depend on public perception and willingness.

Taken together, these results paint a pretty grim picture for the future of autonomous vehicles

Companies working on self-driving taxis, like Waymo, Cruise, and Argo, are already confronting these issues through their own pilot projects and limited commercial deployments. Of course, they have their own data and thus their own ideas on how to overcome this skepticism.

And the numbers arenâ€™t all bad, either. Around half of the people polled by PAVE and SurveyUSA said they owned vehicles with advanced driver assistance system (ADAS) features like automatic emergency braking, lane-keep assist, and blind spot detection. Familiarity and approval of these features can lead to a more positive attitude about self-driving cars, the poll finds. It makes sense, but itâ€™s still a far leap between a car with enhanced cruise control and one that can drive itself without human intervention.

Most people responded favorably to a vehicle that supports the task of driving â€œbut with the driver always in full control.â€ This is antithetical to every company that claims to be pursuing fully driverless cars. They argue that most vehicle crashes are the result of human error, and that in order to improve road safety, humans need to be removed from the equation.

Thatâ€™s why you have companies like Cruise introducing vehicles without traditional controls like steering wheels and pedals. And companies like Nuro are lobbying the government for exemptions from federal regulations requiring certain features like rearview mirrors and backup cameras.

PAVE says this skepticism and distrust is rooted in ignorance

PAVE says this skepticism and distrust is rooted in ignorance and lack of experience rather than knowledge of a specific downside or problem. For example, a majority of the respondents said they werenâ€™t familiar with any of the fatalities associated with automated technologies, such as the deadly Uber crash in Tempe, Arizona, or any of the drivers who were killed while using Teslaâ€™s Autopilot system. That should be a red flag to operators: people donâ€™t need to hear about the really big failures to harbor real hostility toward the technology.

The more self-driving cars that hit the road, the more people are likely to trust them, PAVE concludes. But that will take some time, given that many of the early predictions about the readiness of the technology have since proven to be overly optimistic. A lot of people thought the roads would be overrun with robot vehicles by 2020, but here we are. Itâ€™s 2020, and the number of AVs currently testing today are a fraction of a fraction of a percent.

â€œThere was a misperception that autonomous tech would one day be solved in a binary fashion and become available everywhere,â€ Karl Iagnemma, CEO of Hyundai and Aptivâ€™s joint venture on autonomous vehicles, told me recently. â€œThereâ€™s been steady improvement over time, but itâ€™s clear there would not be binary step function where one day we donâ€™t have AVs and the next theyâ€™re everywhere.â€

Iagnemma said that AV operators are only just beginning to grasp how the public perceives self-driving cars. This is useful information, but it will take time and more vehicles and more people before perceptions start to change. For example, Aptivâ€™s robotaxi pilot with Lyft in Las Vegas, which has conducted over 100,000 rides, includes two safety operators in the front seat. People see those two operators, but they also see the car do things they havenâ€™t seen before.

â€œDespite the fact that there are vehicle operators in the car, customers see the steering wheel turn by itself,â€ Iagnemma said. â€œItâ€™s a big moment for most people. A formative experience.â€