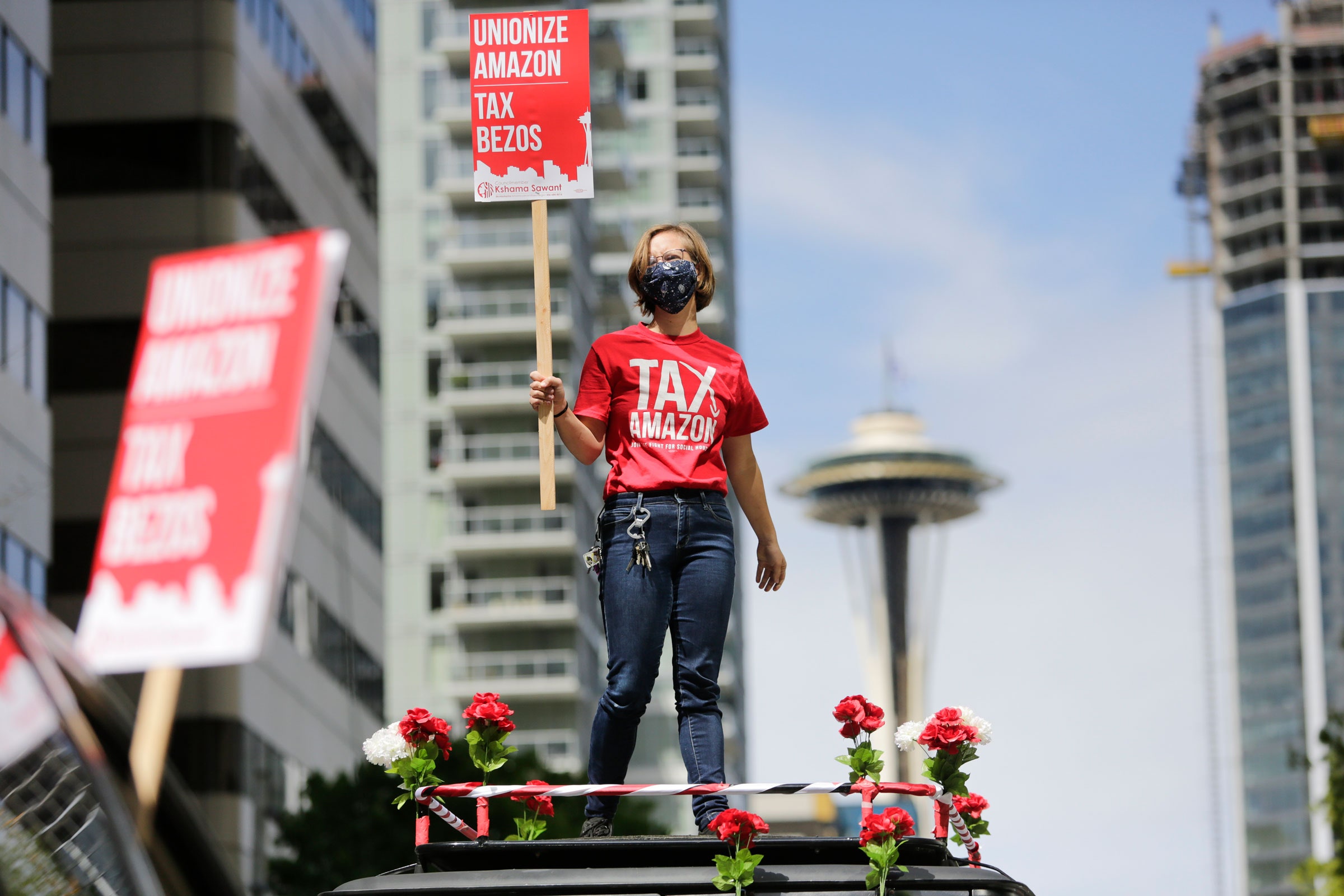 Amazon removed a pair of job listings that gained considerable attention on social media on Tuesday, for descriptions the company now says were a mistake. Initially, Amazon said it was looking to hire an analyst and senior analyst to join its â€œGlobal Intelligence Programâ€ based in Phoenix, Arizona. The hires would be responsible for, among other things, collecting information about â€œlabor organizing threats against the company.â€ Amazon is not currently unionized in the US.

Screen grabs of these descriptions went viral on Twitter, where some people claimed the tech giant was â€œsaying the quiet part out loud.â€ Amazonâ€™s listings also said the intelligence assessments could be used in â€œcourt filings, up to and including restraining orders against activist groups.â€ The roles would include briefing higher-ups about â€œdynamic situations,â€ such as protests, that might be â€œsensitiveâ€ to Amazonâ€™s human resources and employee relations teams.

In a statement, a spokesperson for Amazon said the â€œjob post was not an accurate description of the roleâ€”it was made in error and has since been corrected.â€ The spokesperson didnâ€™t specify which of the listings they were referring to, but both were later deleted. Amazon declined to answer on the record a follow-up question about which portions of the postings were incorrect.

Amazon has spent the last six months battling labor groups over the treatment of employees working on the front lines of the coronavirus pandemic. The company also has a long history of opposing unionization efforts. In both listings, Amazon mentioned organized labor in the same sentence as hate groups, terrorism, and law enforcement. â€œIt sends a real message to employees what [Amazonâ€™s] positions are,â€ says Hugh Baran, a staff attorney at the National Employment Law Project, a nonprofit workersâ€™ rights group. â€œItâ€™s kind of a warning shot: If you engage with this activity, we will come after you.â€

Is there something you think we should know about Amazon? Email the writer at louise_matsakis@wired.com. Phone: 347-966-3806. WIRED protects the confidentiality of its sources, but if you wish to conceal your identity, here are the instructions for using SecureDrop.

Under the National Labor Relations Act, private sector employees in the US have the right to form a union, and the law also provides legal protections for certain organizing activities. Were Amazon to spy on pro-union workers, that could be considered a violation, says Baran. â€œThe NLRA is clear that employers are prohibited from interfering with workersâ€™ labor-organizing rights,â€ he says. Still, there exists an entire industry of consultants and law firms that advertise services for fending off union drives. Google hired one such firm last year.

Amazon has reportedly engaged in its own anti-union tactics. In 2018, Gizmodo obtained a training video reportedly sent to leaders at the companyâ€™s Whole Foods stores that, in the videoâ€™s own words, was â€œspecifically designed to give you the tools that you need for success when it comes to labor organizing.â€ In April, Business Insider reported that Amazon had created an â€œinteractive heat mapâ€ to track Whole Foods stores that may be at risk of unionizing, based on factors like the storeâ€™s geographic proximity to a union office and the percentage of families in the area living below the poverty line. On Monday, the Open Markets Institute, an anti-monopoly think tank, released a report accusing Amazon of using worker surveillance â€œto create a harsh and dehumanizing working environment that produces a constant state of fear, as well as physical and mental anguish.â€

Amazon has long been criticized for its treatment of warehouse workers and delivery driversâ€”who often work long hours for low payâ€”but the pandemic put the companyâ€™s practices under a brighter spotlight. As Covid-19 spread to dozens of Amazon facilities in the spring, employees in places like Detroit, New York, Minnesota, and Chicago staged small demonstrations protesting what they said was the companyâ€™s failure to protect their health. Amazon later fired several workers involved in the actions, including Christian Smalls, a former employee at a warehouse in Staten Island.

In a leaked memo, David Zapolsky, a top lawyer at Amazon, called Smalls â€œnot very smart or articulateâ€ and detailed how the company should undermine the labor movement by making him the center of attention. (Zapolsky later said that he let â€œmy emotions draft my words.â€) New York attorney general Letitia James called Smallsâ€™ firing â€œdisgracefulâ€ and urged the National Labor Review Board to open an investigation.

“Workers, especially Black workers, have been telling us all for months that Amazon is targeting them for speaking out,â€ Dania Rajendra, the director of Athena, a coalition of local and national organizations critical of Amazon, said in a statement. â€œThis job description is proof that Amazon intends to continue on this course. The public deserves to know whether Amazon will continue to fill these positions, even if they’re no longer publicly posted.â€